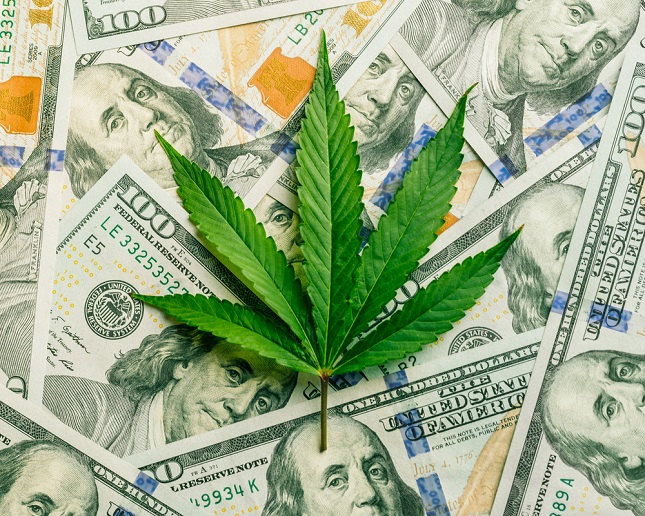 U.S, November 11, 2019, (THECANNABISINVENTOR)  After the cannabis sector ended the week on a high note, many industry observers are postulating (hoping?) that it may be a sign that the year-long slide is over and the sector has bottomed. Regardless if this is the actual bottom or there is more sliding to do, investors looking to play the rebound must decide which companies (and country) to invest in. While various countries throughout the world have adopted medical cannabis laws, there are only two major countries with legalized recreational cannabis: the United States and Canada. Each country offers very different opportunities, each with its own risks and rewards.

With all due respect to Uruguay, Canada became the first major country to legalize recreational cannabis nationwide in late 2018. The sparsely populated country of ~38 million has had legal weed for just over a year now and the rollout of both cannabis products and dispensaries has been nothing short of catastrophic for investors. The government opted to give broad oversight to the individual provinces, allowing each region to set many of their own regulations. Ontario, by far the most populated province in the country, has been notoriously stingy with awarding dispensary licenses, with only 25 active recreational dispensaries servicing a population of 14.5 million. This lack of dispensaries is hurting the ability for cannabis producers to bring their product to market, while also serving to help keep the black market alive.

In addition to the slow rollout of dispensaries, Health Canada has been taking much longer than expected in approving cannabis production facilities. When CannTrust (TSX: TRST) (NYSE: CTST) was discovered to be growing cannabis in unlicensed facilities earlier this year, it was revealed that a number of the rooms were fully compliant with Health Canada regulations, but the government was dragging its feet in issuing the licenses. While growing in unlicensed rooms is inexcusable, Health Canada is doing the industry no favours with their unreasonably long wait times for licenses.

Perhaps most damaging to the business interests of cannabis producers has been the stringent regulations on the products themselves. In addition to holding back legalization 2.0 of edibles, extracts and beverages for more than a year after cannabis flower was legalized, the country’s draconian packaging laws are hurting companies’ branding abilities.

The laws allow for virtually no differentiation between competitors’ products. If companies are going to truly succeed, they will need to be able to produce a broad array of cannabis products with unique characteristics, with packaging being one of the most important differentiators.

The lone bright spot for the Canadian cannabis industry is the fact that marijuana is federally legal allowing products to be produced and transported throughout the country, negating the need to have local production facilities and saving greatly on costs. This also allows companies to build nationwide brands, limited as they may be under the current regulations.

Finally, the federal legality of cannabis allows Canadian companies to export their products internationally. This gives the producers an outlet for any oversupply issues they might face. If the government can stop putting roadblocks in front of Canadian cannabis producers, they should be able to leverage their size and international exports to create the first truly global cannabis companies.

However, cannabis industry legend Bruce Linton said recently that Canada is running out of time and is at risk of losing its first-mover advantage to the up and coming United States market. If Linton’s actions are any indication, the former Canopy Growth (TSX: WEED) (NYSE: CGC) founder and CEO clearly sees the U.S. as the next big opportunity for investors. Linton recently announced multiple investments and executive positions with U.S. multi-state operators such as Gage Cannabis, Slang Worldwide (CSE: SLNG) (OTCPK: SLGWF) and Vireo Health (CSE: VREO) (OTCQX: VREOF).

Organigram and Aphria received glowing endorsements from the Cantor analyst as he slapped price targets on them with an implied upside at the time of writing of +274.18% and +53.85% respectively. For the sake of the Canadian sector, we hope Pablo Zuanic is correct in his analysis.

With cannabis stocks attempting to reverse, all eyes are on Cronos Group (TSX: CRON) NASDAQ: CRON), Tilray, Canopy Growth and Aurora Cannabis as they report earnings this week. The hopes and dreams of an entire industry may hang in the balance.

Currently, home to one of the largest medical cannabis markets in the country and over 21 million residents, Florida is a key target for legalization proponents. Efforts to convince Floridians of the need for cannabis reform have been successful, with 2 out of 3 residents supporting the legalization of recreational cannabis for adults over the age of 21. Look for the Sunshine State to join the ranks of legal cannabis states in 2020. Florida-based multi-state operators (MSO) such as Trulieve (CSE: TRUL) (OTCQX: TCNNF) and Liberty Health (CSE: LHS) (OTCQX: LHSIF) are dominant players in the Sunshine State, look for these stocks to outperform as the market expands. Both companies have recently produced profitable quarterly earnings giving investors even more reason to be bullish on Florida pot stocks.

Michigan and Illinois are great examples of what Florida hopes to accomplish. Both states recently legalized adult-use cannabis after having great success with its medical marijuana programs. Michigan is currently processing recreational licenses and expects to see its first adult-use sales in early 2020. In June of this year, Illinois became the first state to legalize recreational cannabis entirely through the legislative process. Now the Prairie State is set to put its new adult-use law into effect on January 1, 2020. Illinois is expected to be a strong new market and companies like Red White & Bloom (CSE: RWB – IPO Soon) and Cresco Labs (CSE: CL) (OTCQX: CRLBF) are set up and ready to reap the rewards. Cresco Labs currently has operations in 11 states and holds over 50 licenses in total. In October, Cresco received recreational approval for all 5 of its Illinois dispensaries.

Super-state operator Red White & Bloom, run by the highly successful industry veteran Brad Rogers already has its colossal 3.6 million sq ft indoor CBD cultivation facility up and running and expects the facility to pull in $150 million – $200 million per year at full power. RWB has raised over USD $100 million privately and has deployed some of that capital in Michigan. In Michigan, RWB currently has 12 stores in operation with 2 more coming online shortly. In Michigan alone, RWB has positioned itself to generate an additional $130 million annually. Rogers has been working hard behind the scenes as RWB prepares to IPO shortly through its merger with Tidal Royalty (CSE: RLTY.U) (OTCPK: TDRYF).

Also advancing the legalization wave is the SAFE Banking Act, a piece of legislation that would allow cannabis companies access to banks without those banks running afoul of federal law. The bill passed the U.S. House of Representatives with 76% of the vote. It is not known exactly when the Senate will take up the bill, and it very well may be delayed by the recent impeachment proceedings, but proponents are hoping for a vote before the end of the year.

With President Trump already expressing his support for the bill, the only obstacle appears to be Senate Majority Leader Mitch McConnell, who effectively controls the Republican vote in the Senate and has been hostile to cannabis reform in the past. The staunch conservative recently supported the move to legalize hemp in the U.S., so there is some hope that he may be turning the corner on cannabis legalization.

Another, more wide-sweeping bill making its way through Congress, the STATES Act, would bar the federal government from interfering with cannabis companies in states where it is legal. This would effectively remove the federal prohibition of cannabis and leave the issue up to the individual states. However, as long as McConnell remains Majority Leader, the bill has a slim chance of succeeding.

The issues plaguing Canada are less of an issue in the U.S. Unlike in Canada, U.S. companies are well on their way to establishing leading brands. With unique packaging, logos and celebrity endorsements allowed, consumers are increasingly looking for specific products from specific producers. Legal dispensaries, while still not close to saturating the market, seem to be much more plentiful in most states where recreational cannabis is legal.

With cannabis still illegal on a federal level, the biggest challenge facing U.S. companies is expanding outside of their home states. Each state needs to have a self-contained ecosystem of growers, manufacturers and retailers, so it can be costly for companies to expand into a new state. Eventually, the U.S. will have nationwide legalization, so companies must also be careful not to overbuild, lest the market becomes oversupplied and prices plummet.

Equally as important to an investment thesis as the business environment are the financials of the companies operating in said environment. Based on those financials, there is a significant valuation difference between U.S. and Canadian cannabis companies.

Despite seemingly superior financials, investors are choosing to value the Canadian companies much higher than their U.S. counterparts. This is likely due to investors viewing the U.S. companies as inherently riskier, given the federal prohibition of cannabis. Investors must decide for themselves if they’re willing to accept more risk for a lower valuation.

For those willing to take on a certain amount of risk, and with a longer-term investment strategy, the United States seems to offer a better opportunity to play the inevitable rebound in pot stocks.

Can CBD Help You Sleep? Here’s What The Research Tells Us