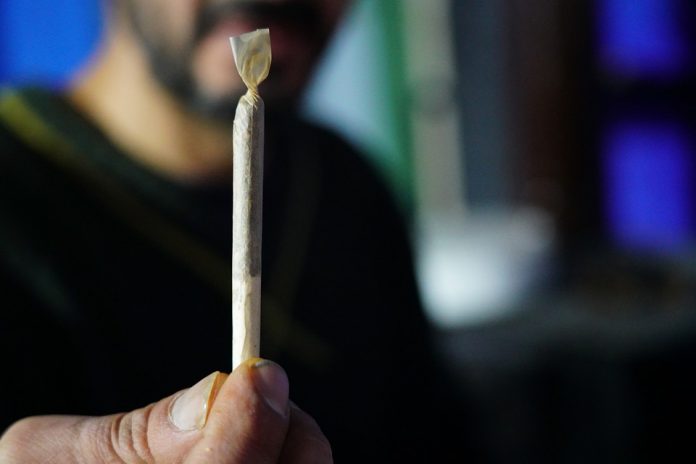 U.S, August 5, 2021 (CANNABISBUSINESSTIMES) A new state regime for legal cannabis brings with it a new group of investigators and enforcers. New licensees may face state officials who are still learning and interpreting the regulations, have an abundance of investigatory resources with very few targets, and an eagerness to demonstrate they can effectively police the industry. As a result, a new licensee can face repeated audits and inspections until eventually it hits a tripwire that leads to a full-blown investigation.

A state investigation can involve document requests, employee interviews, product testing, and, in the event of a negative finding, lead to a possible suspension of product shipments or license revocation. Depending on the allegations, companies must also stay attentive to federal criminal exposure if information is shared with the Drug Enforcement Agency (DEA).

This explainer unpacks how to protect your company and navigate an investigation to a favorable (and profitable) long-term outcome.

The Legal Gray Area of the Initial Grow

Between the time a state votes to legalize and the time consumers can buy the product off a shelf, a lot has to happen, resulting in a year or more of lag time between “legalization” and “open for business.”

What happens in between?

A state commission is established, along with a licensing and regulatory framework. The state determines the number of licensees it will allow and the process for selecting them. Litigation challenges follow from those who were denied a license. And ultimately, the licensees build out and prepare to open.

As the cultivators prepare to launch operations, the first tripwire is immediately evident: Where will the cannabis come from? The initial crop of plants or seeds will likely come from outside the state. But moving cannabis across state lines is not an act that a state can readily authorize under its regulatory regime. There may instead be informal discussions between new licensees and those on the state commission about how such situations are to be handled. That might seem like an acceptable short-term solution; however, in the event of a subsequent investigation of the company, employees can be asked about how those initial plants or seeds were obtained, and they answer those questions at the risk of being accused of interstate transport of a controlled substance.

Guidance in that initial stage should therefore be well documented and provided to regulators in the event of a subsequent investigation. Additionally, counsel should speak to the questioners in advance of any interviews and make clear that even if the company is cooperating, it will not—and cannot be expected to—answer questions that could implicate federal criminal issues.

How Can You Protect Against or Prepare for a State Investigation?

The best protective measure a company can take is to conduct its own internal investigation or, at a minimum, a compliance review.

So it begins with policing your own company by reviewing the key components for compliance. How do you do that?

Three key steps are to (1) vet the employee backgrounds and their relationships with each other, (2) review the quality control processes, and (3) review the security processes. Reviewing these three areas and fixing any identified issues can protect the company against three of the most damaging issues for a new cultivator: a rogue employee or whistleblower, a suspension of its product, and a diversion/black market investigation.

The types of employees working in a cannabis company are changing quickly, but they can be a uniquely challenging group if they come from the illicit or grey market. Previously, many new cultivators sought a head grower—typically one of the key roles in the organization—with a decade or more of experience. But of course anyone with a decade or more of experience will draw at least some of that experience from an illegal market and may have a more dismissive attitude toward compliance. Given that the head grower is typically one of the highest paid employees, other more compliance-minded employees, who might also feel underpaid or undervalued relative to the head grower, might become resentful and become whistleblowers. And given that new cultivators often lack internal whistleblower policies and reporting mechanisms, whistleblowers are more likely to report directly to the state regulator and immediately trigger an investigation.

You should therefore review not only your company’s initial screening process for hires but also the training materials, rate of turnover, and compliance or other disciplinary write-ups on the employees. This will give you a picture of any existing personnel tensions and the scope of the compliance officer’s authority. Keep in mind that inspectors will often ask for compliance reports, so if the compliance officer is writing a series of reports that no one acts upon, the company is doing little more than building a record against itself.

At the same time, this is not to suggest that write-ups should not happen. Lack of write-ups could suggest to investigators that there is no compliance program at all, thereby making the company’s license suspension or revocation more likely. But if the company hangs onto problem employees, and ends up in an investigation, it will likely end up answering for why those employees are still around and who favored retaining them. Further, the problem employees, as well as their enablers, could face individual liability and suspension.

The solution is to ensure that the compliance officer has sufficient authority within the company and that disciplinary consequences follow compliance violations.

If the company ends up getting investigated, the compliance officer’s role and authority will be carefully evaluated as an indicator of whether the problems are isolated or systemic. Although the company can argue that isolated issues can and will be corrected, systemic issues resulting from a complete breakdown of the compliance function will place a company’s license in jeopardy.

Relatedly, operators should review the logs recording the application of pesticides or other crop protection agents or nutrients. In a pesticide investigation, these will be among the first documents requested. If the review turns up inadequate processes or logs, implement a two-witness logging system and clear written guidance for what can be applied to plants and to ensure that no one can apply unauthorized pesticides after hours.

Besides pesticide use, another recurring issue in investigations and enforcement, and a far more serious one, is diversion. A company that adequately protects against diversion should regularly review both its seed-to-sale tracking system and its security system. The company must be able to demonstrate that every plant is on camera and in the seed-to-sale system, and that every person or package is searched.

During an audit, a regulator expects to be able to select a plant on the company’s system, see where it is in the facility, and go to that room and find the plant. This seed-to-sale software must be up to date (capturing all plants in the facility), and employees must be properly trained on it. Similarly, every employee must be searched coming into the facility and coming out of a greenhouse. Every plant must be within view of a camera. Any exceptions to these rules will raise suspicions of diversion and prompt further investigation.

Why Are Investigations So Perilous?

Any regulatory investigation is potentially devastating for at least three reasons.

First, there is always a risk that the investigation will lead into areas of federal concern. Any finding that presents as a red flag for potential diversion of product to the black market could bring federal scrutiny. Security failures, plant tracking failures, plants growing in an area where the cameras fail to reach, all could raise questions about diversion and end up triggering a federal criminal investigation.

Second, there is always a risk that a hold will be placed on the product pending the investigation. If the investigation concerns pesticides or other contamination, the state could issue a hold without warning on the basis of a possible harm to public health. A single-product company with a perishable product that is sitting on the shelf indefinitelycan suffer devastating financial harm. Even if the suspension is later lifted and the company is cleared of the allegations, the company might have difficulty rebounding financially.

If despite the company’s best efforts, an aggressive investigation hits, don’t go it alone. Seek a qualified and experienced counsel to help you navigate the process and advocate for you. Your initial steps in responding to an investigation are critical, can affect your credibility with the investigators, and shape the outcome. Being proactive and having a credible actor on your side is key. But if you do your own review and investigation, maintain cooperative dialogue with the investigators, shut down any potential areas of federal criminal interest, and promptly remedy any issues that are identified, you can steer the company to a favorable and profitable outcome.

Cannabis: One of the most studied plants ever

Is This the Most Accurate Test Yet for a Cannabis High?