Home Industry News Is This the Most Accurate Test Yet for a Cannabis High? 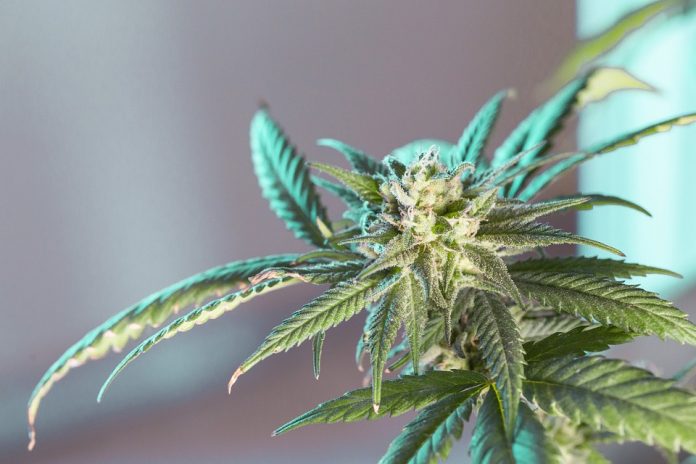 U.S, (Analytical cannabis) June 17. The cannabis high can be difficult to quantify. Traces of THC and its metabolites can stay in the body for many days, meaning that the roadside saliva tests designed to check for cannabis intoxication can really only check whether a person has used cannabis recently – it cannot tell whether a person is impaired at the exact moment of testing.

This might have been a non-issue in the days of cannabis prohibition where any amount of cannabis use was illegal, but in today’s world, where recreational and/or medicinal cannabis use is accepted in many parts of the globe, being able to assess for genuine impairment has never been more important.

But what if you could read somebody’s mind and tell if they are high? It might sound like science fiction, but that is the operating principle behind the Cognalyzer, a new device from the Canadian neurotechnology pioneer, Zentrela.

The Cognalyzer, accurate technology for detecting a high

At its core, the Cognalyzer is an electroencephalogram (EEG) device contained in a headband that collects brainwave data over the span of two-to-three minutes. Using specially developed machine learning algorithms, the Cognalyzer is able to translate these data and determine on a scale of 0 to 100 the degree to which a person is feeling the psychoactive effects of THC.

“It’s self-evident that when you’re high, something must be different about your brain,” Dan Bosnyak, chief science officer at Zentrela, told Analytical Cannabis. “We presume that our sensations and perceptions are controlled by the brain, so there must be something different there. So we went out to try and identify what was different.”

The Cognalyzer is currently undergoing phase 2 clinical trials through a partnership between Zentrela and the research organization KGK Science to evaluate the accuracy and sensitivity of the device. Initial results from an early feasibility study published in the journal Advances in Therapysuggest that the device’s accuracy is around 85 percent. This accuracy held true across a group of cannabis users with varying cannabis use histories, indicating that the test is also robust enough for general use.

What does this mean in practice?

The Zentrela team is very upfront about the fact that the Cognalyzer is not intended to replace roadside saliva test kits for law enforcement or the drug testing kits used by employers who must maintain a drug-free workplace for safety reasons. Indeed, the device is not designed to be portable at all.

Instead, they see the Cognalyzer as a complement to these current tests that can reduce the likelihood of false-positive results and confirm if a person is actually high as opposed to just having cannabis metabolites in their system.

“As a first step, to provide a solution for employers and law enforcement, [we want to look at how] you can combine a saliva test and a brainwave test, the Cognalyzer, in order to eliminate false positives,” explained Israel Gasperin, founder and CEO of Zentrela.

“What we’re proposing is that if you are testing positive in a saliva test, you should also [have to] test positive in our brainwave test in order to come to a solid conclusion that the person is likely to be high. In this way, we can mitigate false accusations while still keeping the workplace and our roads safe.”

Zentrela is also looking at conducting additional future research that could tie together the Cognalyzer 0 to 100 psycho-activity scale with real-world measures of impairment and the subjective effects of a psychoactive experience. By using the Cognalyzer in this way, the Zentrela team can start documenting the psychoactive effects created by different cannabis product types. So whether packaged in mylar bags or pre roll tubes, the effects of all cannabis products could be assessed by consumers.

The trouble with measuring cannabis impairment

In Canada, cannabis testing is normally carried out using saliva-based roadside testing kits that show a simple positive/negative result based on whether they detect cannabis metabolites in the body. If the test comes back positive, this means a visit to the police station where a more accurate blood test can be carried out and the person can be assessed by a trained drug recognition expert.

“The original conception of cannabis impairment was quite straightforward. When cannabis was illegal, it was trivial, right? If you had cannabis detectable cannabis or cannabis metabolites in your system, you had broken the law at some point in the fairly recent past, and therefore it was a very straightforward decision to have you ticketed, or whatever disciplinary action was appropriate,” said Bosnyak.

“The drug recognition experts use things like how well your gaze tracks their finger, heart rate, and things like that. All these things are arguably subjective. So it’s good to have a completely objective assessment that tells you something about how large a psychoactive effect a person is feeling.”

More so than the need for a less subjective test, there is an urgent need for an alternative testing solution that is faster than current assessments. Testing done by a drug recognition expert can take 30 to 40 minutes to carry out completely, and there are not enough trained officers to meet demand. While the Cognalyzer is not suitable for use as a standalone drug test or at the roadside, Zentrela believes its use in conjunction with saliva testing could help to free up these drug recognition officers for other more important investigations.

Evidently, lawmakers in Ontario believe in the usefulness of the Cognalyzer as a secondary testing method; the province’s government has contributed $1 million CAD towards funding the new phase 2 trial, targeted at confirming the accuracy of the device’s algorithm for detecting impairment.