Home Cannabis Investment In the Era of Information, Cannabis Media in High Demand 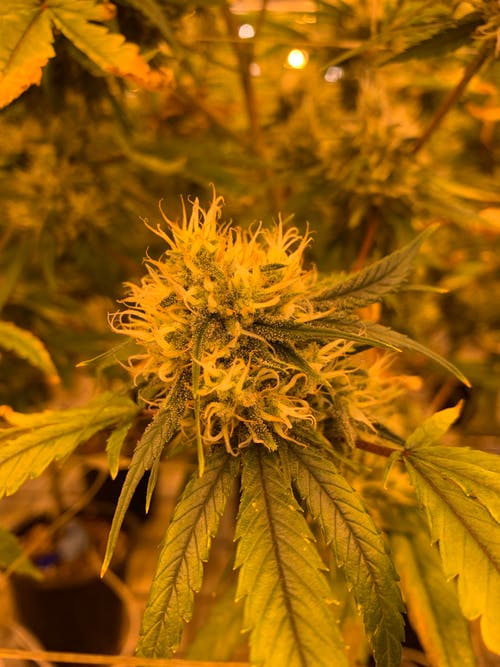 In 1937, when lawmakers prohibited marijuana, the public depended on mass media much more than we do in present times. Back then, newspapers, radio, and movie theaters were the major outlets that delivered specific messages to the American people. Unfortunately, many of these messages, advertisements, and slogans used through mass media intentionally set out to manipulate the reader, listener, and watcher for what the government considered “in the best interest of society.” As such, many people found themselves watching wartime calls for action and exaggerated scenarios, as portrayed in Reefer Madness. Access to information was minimal, and keeping the masses in the dark was relatively easy to accomplish.

Taking advantage of the lack of information in society, prohibitionists, fueled by racism and personal political gain, created a terrifying narrative aimed to strike fear into communities. However, a modern-day digital media and display company is attempting to correct the course of history.

Today, in the era of information, and thanks to the internet, accessing research is just a few simple keystrokes away. Add the decreasing costs of electronics, along with the development and proliferation of smartphones and wearable technology, not only do modern people have a steady stream of information flowing through their fingertips at any given moment – they become data points themselves.

Cannabis Tech caught up with Jeremy Jacobs, CEO, and Founder of Enlighten, a digital display company with a vision that shifts the cannabis information paradigm.

EDUCATION AND DATA FOR ALL

As a self-prescribed medical patient, Jacobs himself uses cannabis in place of pharmaceuticals. With a long history in digital signage, Jacobs jumped at the opportunity to combine his knowledge and expertise in technology with his passion for cannabis. “It was one of the most exciting phone calls of my life,” Jacobs exclaimed, “combining two things I cared dearly about.”

Jacobs describes the early days of Enlighten and the recreational cannabis market in Denver as the “wild west.” He said, “People wouldn’t pay their bills, or they’d just ghost you, so we took a step back and watched what was happening.”

Quickly, Jacobs learned that he had underestimated market demand. “Initially, when we started building the network, we expected a demand for lifestyle content like snowboarding videos, concert clips, and strobe lights, but we realized we were wrong.”

“Sure, there was a certain group of people who liked the lifestyle content,” he continued. “But the vast majority of people didn’t really know much about it [cannabis], and they aren’t comfortable buying something they don’t understand – there was a massive education gap.”

No small task, but Jacobs and his team went to work. “We started to look at the problems dispensaries faced with rapid inventory turnover and small batches, so we had to modify our software to integrate with 25-30 different POS systems. All of those feed into one smart hub for online ordering, self-service kiosks, and up-to-date, in-store digital menus,” he explained.

Additionally, Jacobs saw an opportunity for information streamlining. Where once, budtenders in cannabis dispensaries found themselves repeating the same information over and over, Enlighten offers a familiar solution. “Through an on-demand menu, similar to Netflix, a budtender can simply hit a button to queue up a video, to answer repetitive questions easily and consistently,” Jacobs elaborated.

Unlike other displays, Enlighten actually interacts with consumers and provides key data points for the business owner. Using IoT technology, the displays track the number of cell phones in the room, so businesses not only know how many impressions their ad served but how frequently consumers return to that location. “With that data, we know that we serve 2.5 billion impressions per year,” Jacobs elated.

Earlier this month, Enlighten announced the acquisition of Cannabis Club TV (CCTV) and its substantial library of licensed industry content, as well as the millions of consumers that subscribe to the content. Speaking of the partnership, Jacobs said, “Danny Keith is more cannabis than I am, and I’m more of a tech guy, so while I was spending my nights trying to figure out how to relate better to cannabis, he was spending his nights trying to make his technology work better. Now we both get to sleep at night.”

With the merger, Enlighten is broadcasting in more than 1,000 locations and seeing an estimated 190 million monthly impressions. Jacobs mentioned they expect to grow their user base even further with other OTT devices, such as Roku, and is contemplating an entire “Weed TV” network in the future.

As a stakeholder and advisor to CCTV, Tommy Chong stated in a press release, “I’m very proud to be one of the founders of Cannabis Club TV, and I’m really excited about this partnership. This is a natural evolution as this industry continues to grow. It’s going to be interesting to see how high we can go!”

Feeling like expo booths weren’t serving his technology justice, Jacobs wanted to bring the feel of a real dispensary to his clients. So, he bought a 43-foot RV, gutted it, and remodeled it to have the look and feel of an upscale cannabis dispensary on wheels, a traveling showroom for Enlighten, and an advocacy roadshow that bravely goes into unchartered territory of non-legal states.

Citing lack of education, Jacobs said, “Based on surveys, many lawmakers in non-legal states still believe cannabis dispensaries are dungeon-like places with black lights, playing Jimi Hendrix music, and I don’t think they understand that some of these places are nicer than Apple stores or Starbucks.” Jacobs wants to “pull right up to the capital building of a state, and invite them in” not just to learn the truth about cannabis, but to get a glimpse at the massive amounts of tax dollars these late bloomers are missing out on.

Jacobs recognizes his own obligation as his company grows and gains notoriety. “The big guys need to carry the torches; it’s our job to protect the industry and move the platform forward.” With technology as the catalyst, Enlighten is pioneering a new era of cannabis information dissemination.

“Changing society is not an event; it is a process,” Jacobs concluded. Armed with technology and data, Jacobs and Enlighten are certainly doing their part to change how the world views cannabis.

Hemp and CBD companies step up to donate hand sanitizer, supplies in battle against...

Solving the Challenges of Vaping 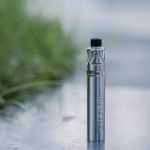 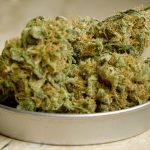 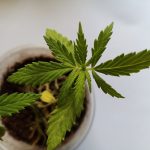