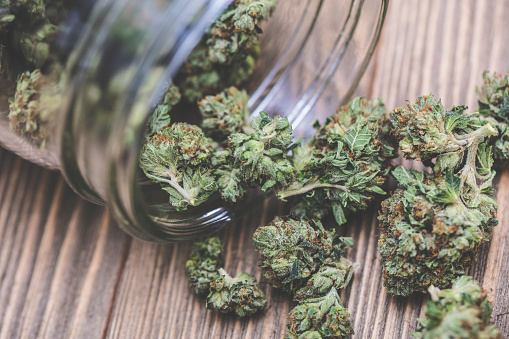 The company has wasted little time in getting things moving at the site after being granted a Medicinal Cannabis Manufacture Permit for the facility last month. The company was awarded a Manufacture Licence from the Australian Office of Drug Control back in July and a licence to export medical cannabis in May.

The first products to roll off the production line were Canndeo-branded CBD 25, which contain 25mg of cannabidiol (CBD) per 1ml. Canndeo, a wholly-owned subsidiary of THC Global, was awarded a Cannabis Research Licence in July 2017 and a Medicinal Cannabis Licence in November the same year.

The source of the cannabis for the first production run at Southport was THC Global’s Bundaberg facility, and the milestone means the firm’s farm-to-pharma operation capability has now been confirmed.

When operating at full capacity, the Southport facility – claimed to be the largest pharmaceutical bio-floral extraction facility in the Southern Hemisphere – is expected to be capable of 120,000 kg annual cannabis biomass throughput.

Also on Wednesday, the company announced the Southport facility had been granted licences to import cannabis and export cannabis products by the Australian Office of Drug Control.

THC Global says the Southport facility has the capability to support the provision of medicines to a minimum of 250,000 Australian patients; plus have spare capacity for the global export market.

Given how difficult it currently is to access cannabis medicines in Australia – even products based on non-intoxicating CBD – it could be quite some time before that claim is put to the test.

While this first production run was CBD-only, the Southport Facility will also be manufacturing medicines with THC content in the future.

What is Aeroponic Cannabis Cultivation?