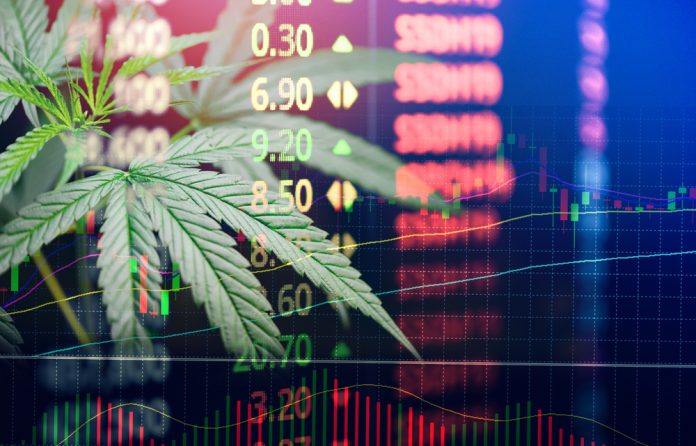 U.S, December 9, 2019 (ANALYTICALCANNABIS) A number of federal financial regulators have released a joint statement clarifying that banks no longer have to take extra measures to track accounts for hemp-related businesses, following the crop’s federal legalization.

Previously, banks were required to file suspicious activity reports (SARs) for banking customers who were engaged in the cultivation or processing of hemp, as hemp was a controlled substance.

The 2018 Farm Bill legalized hemp in the US a year ago, and included several provisions intended to normalize the agricultural crop, such as inclusion in the 1980 Federal Crop Insurance Act.

But despite the passage of the bill, hemp farmers still faced barriers in accessing bank services. Many banks have been wary of associating themselves with the still-stigmatized crop. The USDA’s nearly year-long delay to the publication of its draft rules for the hemp industry also complicated matters, as banking regulators have only recently been able to prepare their own guidance.

It’s hoped that the new joint statement clarifying requirements for financial service providers will help to improve the support available for hemp businesses.

Banks no longer required to submit SARs for hemp businesses

The joint statement was published by the Board of Governors of the Federal Reserve System, the Federal Deposit Insurance Corporation, the Financial Crimes Enforcement Network, the Office of the Comptroller of the Currency, and the Conference of State Bank Supervisors.

“Because hemp is no longer a Schedule I controlled substance under the Controlled Substances Act, banks are not required to file a suspicious activity report (SAR) on customers solely because they are engaged in the growth or cultivation of hemp in accordance with applicable laws and regulations,” the joint statement stated. “For hemp-related customers, banks are expected to follow standard SAR procedures, and file a SAR if indicia of suspicious activity warrants.”

Banks aren’t required to accept hemp accounts, but if they do, the statement requires that those banks not treat hemp-related clients any differently to clients from other industries.

It also re-iterates that it’s the responsibility of the hemp businesses to ensure that they are fully compliant with the requirements set forth in the 2018 Farm Bill, as well as any applicable state or local regulations.

Rob Nichols, the president of the American Bankers Association, told the New York Times that his members had been pushing for this sort of change for some time. Last month, he said, the ABA surveyed approximately 1,800 agriculture-focused banks and found that almost half had received questions from their farming clients about whether they would continue to do business with them if they began to cultivate hemp.

“We appreciate the steps regulators have taken today to clarify regulatory expectations for banks, and we look forward to working with them as they develop additional guidance,” Nichols said.

According to Investing Daily, the reluctance of financial institutions to lend money to ‘canna-businesses’ had generated a cash crunch among hemp and cannabis companies, which drove down their shares.

With this new banking clarification, it’s hoped that some of this pressure on shares might be relieved – at least for the hemp sector.

Global cannabis stocks are in a slump. While the cannabis industry hasn’t yet defaulted, stock prices in major companies such as Cronos Group (CRON) and Canopy Growth (CGC) have fallen by more than 65 percent since their highs earlier in 2019.

With banking support, such as start-up loans, unavailable to both cannabis and hemp companies until now, the capital supporting the industry largely came from individual retail investors, who invested money on the back of the media hype that surrounded the cannabis sector at its inception. When the profits didn’t match expectations, many of the more fickle individual investors pulled out and sold off their stocks, in a move which dramatically changed the trajectory of the stock market for the sector.

Larger institutional investors are generally slower to sell off stock, and it’s thought that if they were to start investing more freely in cannabis stocks this could help to reverse the current downwards trajectory.

With hemp businesses now able to access funds through banking loans and to properly manage their cash flow using banking services as a result of this new clarifying statement, it’s hoped that hemp businesses could see a lift in their market potential once again.

Might a similar instruction come soon for cannabis businesses?

The clarifying joint statement is very clear that financial should continue to file SARs for cannabis businesses, though reporting from Marijuana Moment has noted that the rate of these reports being submitted has appeared to level off in the last quarter.

This could indicate that banks are optimistic about the potential passage of the Secure and Fair Enforcement (SAFE) Banking Act, a bipartisan bill that would shield banks which service cannabis firms from being penalized by federal regulators.

The House passed the legislation in September, though it is unclear whether there is enough support to also clear the Senate. The chair of the Senate Banking Committee has said that he would like his panel to vote on the legislation before the year’s end, though he also stated that would like to see a number of changes be made to the bill, including clarifications on interstate banking and money laundering issues.

If the bill were to pass the Senate and signed into law by President Donald Trump, it’s likely that financial regulators would also ask banks to cease filing SARs on cannabis companies, just as they have now done for hemp businesses.