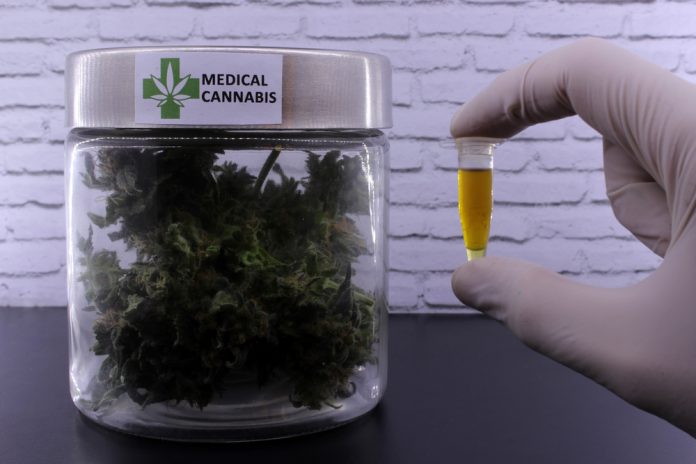 U.S,December 6, 2019 (MERRYJANE) This April, New Mexico passed a law to expand its medical marijuana program, which, among other things, prevents employers from firing workers who use medical cannabis. But while most employers in the state are bound by this new law, the state government itself continues to exclude medical marijuana patients from applying for many of its own job offerings.

In general, the state will allow medical marijuana patients to occupy government jobs, but some jobs require pre-employment drug screening due to their “safety-sensitive” nature. The state defines a safety-sensitive job as “a position in which performance by a person under the influence of drugs or alcohol would constitute an immediate or direct threat of injury or death to that person or another.” This can include jobs that involve driving, operating heavy machinery, or carrying weapons.

“The state does not require drug testing for all employees — only for those in safety-sensitive positions,” explained Judy Gibbs Robinson, Gov. Lujan Grisham’s Deputy Director of Communications, to the NM Political Report. “So, depending on the medical cannabis patient’s job interest, it is quite possible no drug testing would be required, ever.”

But according to medical cannabis activist Jason Barker, many of the best state jobs are classified as safety-sensitive. For example, even a highway maintenance worker position requires drug testing, because the job requires using “medium-duty motorized equipment.” The state does offer janitorial jobs that do not require drug screening, but these jobs only pay around $23,000 annually — about two-thirds of the $30-35,000 salary a highway maintenance worker receives.

These pay discrepancies can force medical marijuana patients to choose between giving up their medicine or choosing a job that pays less. Barker eventually decided not to apply for any state jobs due to his concerns over pay and drug testing.

Many other states, including Nevada, Oklahoma, and even Utah, offer employment protections for medical marijuana users, but most of these states still allow employers to ban cannabis users from safety-sensitive jobs. The main reason that states have been forced to implement these strict policies is that there is no definitive test that can determine whether an individual is using cannabis at a specific time.

Current urine, blood, and hair tests for pot check for metabolites created when the body absorbs THC. Unfortunately, it can sometimes take a month or more for the body to do this. So unlike an alcohol breathalyzer, which can determine blood alcohol levels at the time of the test, a pot test can only determine whether a person has been high at some point in the recent past. As a result, authorities would be unable to determine whether a worker was under the influence of marijuana at the time of an accident.

Scientists are working to create new tests that can reveal immediate levels of cannabis intoxication. But until they do, medical marijuana users are likely to keep finding themselves excluded from safety-sensitive positions — particularly in New Mexico.

Shop Safe: Here’s How To Avoid Unlicensed Products And Dispensaries