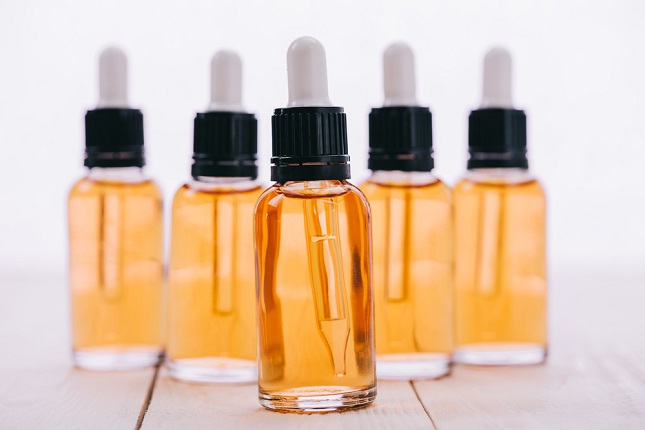 U.S, April 6, 2020 (ANALYTICALCANNABIS) The number of American adolescents who vape cannabis or use cannabis edibles has increased in recent years, while the number smoking cannabis has declined, say the authors of a new research letter published in JAMA Pediatrics.

The accessibility of noncombustible cannabis products, such as vape pens, edibles, and oral tinctures, has risen in recent years. But, until now, there had been no available data examining the usage trends of these products in comparison to smoked cannabis, according to the researchers.

The researchers, from the University of Minnesota and the University of Michigan, set about documenting such trends by studying data from the annual Monitoring the Future survey, which is distributed to tens of thousands of American 8th, 10th, and 12th graders each year.

The research letter authors based their analysis on the responses given by 12th graders in each of the surveys conducted from 2015 to 2018.

Out of 9097 total respondents, 2989 (32.9 percent) indicated using cannabis in some form within the past twelve months. Of these, 2412 gave complete data on the mode of use and relevant covariates. Frequency of cannabis use within the past 30-days was dichotomized to regular/daily cannabis use (at least 20 occasions) or less.

Among past-year cannabis users, self-reported incidences of smoking cannabis decreased between 2015 and 2018, while reports of vaping and ingesting cannabis edibles rose.

The odds of cannabis use

Adjusted odds ratios revealed that, on the whole, male respondents were more likely to vape and use edibles.

The researchers do note some limitations on their study. Firstly, due to a change in the phrasing of a question, a small number of respondents in the 2018 survey also reported consuming cannabis through “dabbing” and “drinking,” which may have altered their response patters to later questions. Additionally, as their analysis was constrained to high school 12th graders, the data set didn’t include data for students who were absent or may have dropped out.

The importance of tracking teen cannabis use

Previous studies have linked teenage cannabis use to changes in the developing adolescent brain and an increased risk of depression and suicidal ideation. Separately, some cannabis vape products have been associated with adverse health outcomes; illicit vape products have been linked to serious lung injuries and contaminated products displaying unsafe levels of toxic heavy metals.

Studying the intersection of teen cannabis use and these known health risks can allow public health officials to make more informed policy decisions. The researchers responsible for this research letter say that, in light of these new data, healthcare professionals should consider asking adolescent patients specifically about their noncombustible cannabis use in order to properly identify heavy cannabis users.

Earlier this year, Analytical Cannabis spoke with Rob Thomas, principal consultant of Scientific Solutions, on the dangers of youth cannabis vaping as part of a larger feature on cannabis contamination and testing.

“I also teach in a local high school and I can tell you now the kids will vape anything they can get their hands on,” Thomas said. “And we’re finding now that many of the cannabinoid delivery devices, particularly vaping sticks, are picking up heavy metals, not from the cannabis product, not from the liquid or the oil, but from the metallic components inside these vaping devices.”

“It’s a serious problem,” he continued. “There’s a good chance that [the students] are inhaling particles of heavy metals, such as lead, when they vape. And we don’t have a clear understanding of the problem at the moment, because the industry is not really investigating it.”