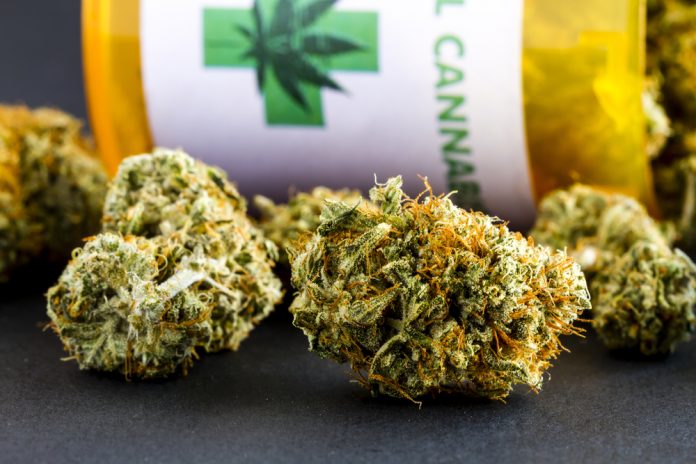 US, March 15, 2019 (CANNABISAFICIONADO) Sometimes the best way to get to sleep – and stay asleep – is to ease an anxious mind or an achy body, and cannabis is an effective sleep aid.

here are 40 to 70 million Americans currently suffering from sleep disorders nationwide, according to the Center for Disease Control, which also found that four percent of adults use prescription medication to fall asleep.

More Americans are ditching the pharmaceuticals for cannabis. In fact, one of the main reasons users report consuming cannabis is to relieve a sleep disorder. Study after study shows that cannabis is an effective sleep aid. Research has also shown that some cannabinoids found in cannabis, like CBD, are effective treatments for pain, anxiety, stress, and many of the underlying factors that cause sleeplessness. CBN has several of the same effects in the body, including relieving pain, reducing inflammation, and improving sleep. And of course, there’s THC, which research shows has sedative effects, and can make it easier to fall asleep.

Sometimes the best way to get to sleep – and stay asleep – is to ease an anxious mind or an achy body. According to HelloMD, GSC is a potent strain that’s commonly consumed to relieve stress, pain, anxiety, and depression — all of which can seriously disrupt our ability to sleep. The versatile, hybrid strain is known for its cerebral highs, and full-body relaxation — which can be particularly effective for focus, and sleep. GSC is also reported to help ease muscle spasms, which can result in better rest.

The strain was specifically developed to fight pain and insomnia, according to Leafly. Users report intense, heady and physical highs that feel like “[…] a warm thick fuzzy blanket was gently placed around your entire body.”

According to Leafly, “your thoughts may float in a dreamy buzz, [but] your body is more likely to find itself fixed in one spot for the duration of GDP’s effects,” the site adds, “Like most heavy indica varieties, Granddaddy Purple is typically pulled off the shelf for consumers looking to combat pain, stress, insomnia, appetite loss and muscle spasms.”

This internationally renowned indica packs some seriously sedative properties. The strain has been sought out for centuries for its relaxing effects. According to MassRoots, Afghan Kush “is known to induce intense relaxation that may hinder functionality, induce drowsiness, and increase appetite.” In other words, it’s a perfect strain to end the day with!

Though it recently hit American markets, Erez is a best seller in Israel, where the strain was developed. Erez was created by Tikun Olam, and named after their first patient. The serene strain is indica dominant (70 percent), and high in THC (15-18 percent). It’s scientifically proven to effectively treat sleep disorders. According to the Israeli-based cannabis company,  it’s best to use at nighttime. It’s also effective at relieving “severe pain, […] tremors, muscle spasms, PTSD, and Parkinson’s. Erez also relieves intestinal inflammation, helps reduce nausea and improves appetite.”

This hybrid strain is consistently ranked as one of the best nighttime strains on the market. Dubbed the “stay at home strain,” by MarijuanaBreak, Tahoe OG Kush induces relaxation (and most likely, the munchies), a heavy body sensation, and a feeling of weightlessness that will ease your body into a deep sleep. The strain comes highly recommended for those suffering from insomnia, pain, or lack of appetite.

This earthy, sweet and (mostly) indica strain packs a powerful punch; in fact, it gets its name from its heavy hitting and long-lasting effects. 9 Pound Hammer is born from the genetics of three strains — Jack the Ripper, Hell’s Angel OG, and Fruity Goobery – but the hybrid mostly prompts calmness and relaxation.

According to Pacific Seed Bank, the strains offers “a euphoric rush to the head that will leave you happy for the first half of the high. The second half will leave you deeply relaxed and chilled out. […] 9 Pound Hammer is somewhat of a lullaby that will gradually help you fall (and stay) asleep throughout the night.” 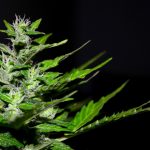 Beyond CBD: Four Emerging Cannabinoids To Watch In Skincare And Topicals

U.S, January 20, 2020 (GREENENTREPRENEUR) CBD and THC are the most visible cannabinoids in the wellness and skincare industries today, but with more... 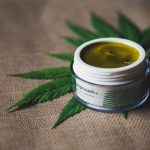 AUSTRALIAN, January 21, 2020 (HEMPGAZETTE) There’s a lot of activity on the Australian cannabusiness scene, but what is happening at the patient... 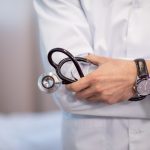 U.S, January 20, 2020 (ANALYTICALCANNABIS) Marijuana use is rising among US patients with cardiovascular disease, researchers have warned. 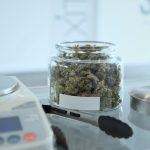 U.S, December 21, 2019 (INDEPENDENT) Thousands of people with severe epilepsy will be able to access a cannabis-based treatment on the NHS from the new year, it... 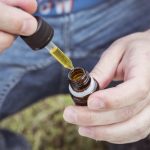 Can CBD Help You Sleep? Here’s What The Research Tells Us

U.S, January 16, 2020 (GREENENTREPRENEUR) Some say CBD knocks them out, others says it's snake oil. What's really going on?