Home Industry News Where is cannabis legal around the world? 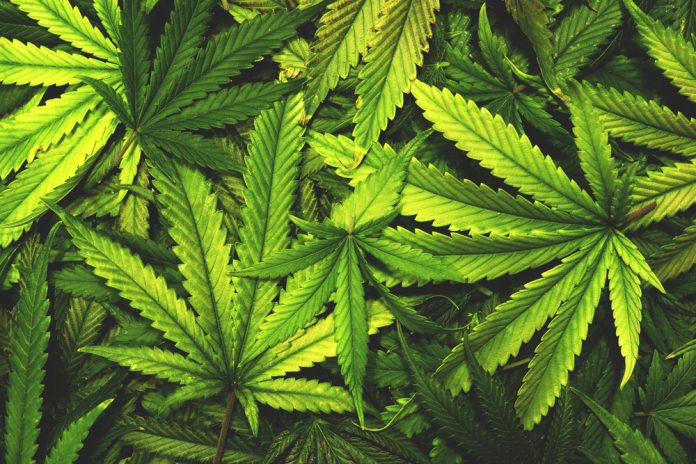 U.S, October 1, 2019 (CANNABISNOW) – In the past few years, legal cannabis has emerged as a booming global industry, despite the fact that it remains prohibited both by U.S. federal law and the UN Single Convention treaty from 1961. This is a growing contradiction on the world stage, and there is a sense that fundamental change is inevitable — despite deeply entrenched stigma and prohibitionist dogma.

Whether you want to know where to plan your next vacation or are sick of feeling behind on the constantly evolving regulations, we’ve got your back with an overview of the state of legal cannabis today.

However, four of these states have not yet set up their legal cannabis markets. In 2014, voters in the District of Columbia approved cannabis consumption, although implementation of the market has been bottlenecked by Congress, which controls the district’s budget. In January 2018, Vermont became the ninth state to legalize cannabis and the first to do so by legislation — but their law included no stipulations for setting up legal dispensaries. Michigan voted to legalize in November 2018, and has yet to open any adult-use stores. In May 2019, Illinois became the second state to legalize via legislation, and is similarly working to set up their legal market.

Do U.S. Territories Have Legal Cannabis?

The Northern Mariana Islands, a self-governing commonwealth in association with the United States, in September 2018 became first U.S. territory to legalize adult-use cannabis. It was also the second U.S. jurisdiction after Vermont to do so by legislation rather than by popular ballot. This April, the U.S. territory of Guam enacted a cannabis legalization measure that calls for the establishment of an adult-use industry on the island.

What U.S. States Have Medical Cannabis?

But there are some ambiguities here, as some states have restrictive rules that make it functionally quite difficult for citizens to get medical cannabis. For example, the New York and Minnesota laws allow for medical use of extracts, but not herbaceous cannabis.

And then there are the so-called “CBD-only” laws. Utah in 2014 passed a law allowing medical use of cannabis extracts that contain the non-psychoactive cannabinoid CBD. Several other states have since followed in passing CBD-only laws, including Wisconsin, Wyoming and Virginia. Texas and Florida allow low-THC CBD-heavy strains of herbaceous cannabis, but bar actually smoking it, allowing only vaporization.

Only three states that have no medical marijuana provisions whatsoever: Idaho, Nebraska and South Dakota. However, there has been some progress. South Dakota in 2017 passed a provision legalizing CBD contingent on approval by the state health department and Nebraska in 2015 passed a law that allowed for a CBD pilot program under the auspices of the state university. By this reckoning, Idaho stands alone with no legal space for medical marijuana (very broadly defined) whatsoever. This is less significant since last year’s Farm Bill legalized hemp-derived CBD coast to coast.

Amid all the progress, there are still states where cannabis is harshly prohibited — such as Louisiana, where even the medical program has been bottlenecked by bureaucracy.

What U.S. States Are Moving Forward with Cannabis Legalization?

Quite a few. “Virtually every legislature in the country is taking a close look at its marijuana policies, and many have adopted significant reforms in 2019,” Karen O’Keefe, who directs state policy at the Marijuana Policy Project, recently told The Hill.

The MPP released a report in July on legislative progress for cannabis reform. A record 27 states have considered cannabis legalization bills this year. High hopes were dashed when statehouses failed to approve legalization bills in New York, Connecticut and New Mexico. New Mexico legislators did, however, vote to decriminalize cannabis. And in New York, lawmakers widened the state’s decrim law as a consolation prize to legalization advocates.

While there is much contestation about the details of what legalization would actually look like, in both New York and New Jersey, the governors are officially on board. In Pennsylvania, Gov. Tom Wolf has also just come out in favor of legalization.

What’s the Federal Status of Cannabis?

Cannabis remains a Schedule I substance under the 1970 Controlled Substances Act — the most restrictive category, absurdly shared with heroin. There are several pending measures in Congress to change that, and remove cannabis from the list of controlled substances.

On Sept. 25, the House passed the SAFE Banking Act, which would give cannabis businesses access to the federal banking system. The bill now moves on to the Senate. In July, the House Judiciary Committee held hearings on cannabis policy that advocates hailed as “historic,” with numerous Congress members openly embracing legalization.

What’s the Federal Status of Hemp and CBD?

Hemp (defined as cannabis with less than 0.3% THC) and hemp-derived CBD were officially legalized by passage of the 2018 Farm Bill last December, but legal ambiguities persist. Most significantly, the U.S. Food and Drug Administration has still failed to promulgate regulations for use of CBD as an additive or ingredient. This means that any products adding in CBD are technically illegal in the eyes of the federal government, though it seems uninterested in enforcing this distinction.

The U.S. Department of Agriculture has similarly failed to bring its regulations into conformity with the new federal law — leading to litigation by would-be Native American producers, who depend directly on USDA approval thanks to their unique jurisdictional status. The USDA is now promising the regulations will issued this fall, in time for next year’s planting season.

What Countries Are Moving Toward Cannabis Legalization?

Only two countries on Earth have formally legalized cannabis — Uruguay in 2013 and Canada in 2018. (Here too, there is some contestation: two Canadian provinces have banned homegrown cannabis, recently a matter of litigation.)

Pressure to legalize cannabis is fast mounting in several countries around the world.

Last October, the same month that legalization took effect in Canada, Mexico’s Supreme Court issued a binding decision that cannabis prohibition is unconstitutional, and ordered the country’s congress to amend the law. Mexican lawmakers in September introduced a legalization bill.

New Zealand has also pledged a referendum on legalization, to be held next year.

The recent fall of the conservative government in Italy has raised hopes that it could be the first European country to formally legalize. Bills to legalize were introduced in Portugal this year, but saw little progress. The Netherlands, contrary to widespread misconception, has not legalized cannabis, and its permissive decrim policy has recently sparked a backlash from conservatives.

In the Middle East, legalization is being increasingly embraced by the political establishment in Israel and in Lebanon.

South Africa decriminalized cannabis last year, and neighboring Lesotho now has a booming cannabis economy under what some have termed a policy of de facto legalization.

Is Drake The Next Superstar Of The Cannabis Industry?