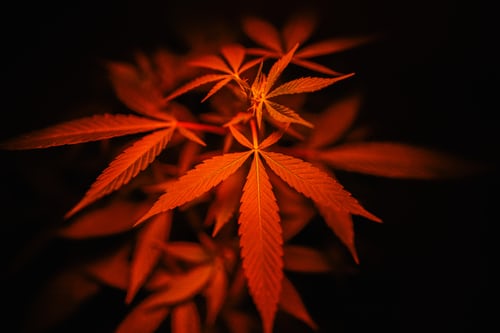 One of the fastest-growing subsectors of the cannabis industry is the cannabis testing segment. As legal markets flourish, there is a subsequent rising demand for testing services. These state of the art laboratories, found wherever recreational or medicinal cannabis is sold, work to keep the industry clean and consumers confident.

According to a 2019 analysis by Coherent Market Insights, the US testing market alone already has a $127.7 market valuation, which they expect to hit 15.7 percent CARG until 2027. Testing for potency, cannabinoid and terpene profile, contamination, heavy metals, and more, cannabis chemical analysts are an integral piece bridging the gap between producers, regulators, and happy customers.

But even for those working in cannabis, what goes on within a testing facility remains too high-tech for the layman to grasp. The tools of the trade, including mass spectrometers and chromatography, can all seem like voodoo and witchcraft to the non-scientists among us. But these tools are essential to guaranteeing the purity and potency of the products circulating within the consumer market. If you work with cannabis, you need to understand the basics of these high-tech lab instruments.

Given the critical nature of the instrumentation in cannabis testing, developing even a surface-level understanding of these tools is helpful. These lab techniques and tools determine potency, contamination, and profile, and essentially keep the legal markets running.

The following details scratch the surface of cannabis lab tech but offer an eye-opening glimpse into the technologies laboratories rely on to service the entire industry. By no means is this list meant to be exhaustive, but it should help break through the mystery surrounding lab assessment techniques within this industry.

The Broad Institute describes mass spectrometry as “an analytical tool useful for measuring the mass-to-charge ratio (m/z) of one or more molecules present in a sample. These measurements can often be used to calculate the exact molecular weight of the sample components as well.” Essentially, this instrument compares known molecular weights (example for THC, CBD, and other compounds) against the sample. Chemical analysts employ mass spectrometry to test for potency, pesticides, terpenes, heavy metals, and mycotoxins.

Both gas and liquid chromatography require a mobile and stationary (solid) phase, packed into a column. Within a gas system, an inert gas (argon, helium, or nitrogen) propels cannabis extractions through the column, which then expresses at different times.

Gas chromatography works best for volatile compounds, such as secondary cannabinoids and terpenes. However, unlike liquid chromatography, this technique uses a flame ionization detector that problematically decarboxylates the extractions (ex: transforms THCA into THC). Gas chromatography is the preferred option within cannabis labs today, although it is slow and costly.

Often used in conjunction with gas chromatographic analysis, liquid chromatography also relies on a column, and mobile and stationary phases. The liquid chromatography, as the name suggests, works with liquid samples. Furthermore, within an LC-MS coupled system, instead of exposure to a flame, the system works with UV light to assess the various compounds. Different compounds absorb UV light at different wavelengths. Within cannabis, LC-MS is less useful as a standalone and is usually used to complement a range of other instrumentation.

A relative newcomer to cannabis testing facilities is near-infrared spectroscopy. It’s a common analysis option within the pharmaceutical, medical, and chemical industries, although it is still uncommon in cannabis. Based on the conclusions of a research paper published in 2018, near-infrared spectroscopy is likely more effective and efficient in chemical analysis of the cannabis plant than gas chromatography.

Near-infrared spectroscopy measures light distribution and dispersion through a sample using the near-infrared region of the electromagnetic spectrum. Every compound reflects this specific spectrum (between 700 to 2500 nanometers) slightly differently, allowing for precise analysis of complex samples. According to this study, which compared near-infrared technology to gas chromatography, “this new analytical method would allow a simpler, more robust, and precise estimation than the current standard.”

LEARNING THE TOOLS OF THE TRADE

Despite several post-secondary educational opportunities opening up around the world, it is still relatively difficult for chemical analysis to earn experience with cannabis before graduation. True, the cannabis industry is now poaching new hires from outside the sector, but the chemical analysis of cannabis is still a highly specialized trade.

Cannabis testing is an extremely niche subsector which requires familiarity with a formerly taboo product (cannabis) combined with a highly specialized skill set (chemical analysis). It’s rare to find people fitting into both of these categories.

A new partnership between Northern Michigan University and Shimadzu has created a unique opportunity for students in the Medicinal Plant Science program to get hands-on experience with quality control equipment specific to the cannabis sector. On November 1, 2019, Shimadzu Scientific Instruments joined forces with NMU to open the Shimadzu Analytical Core Laboratory for Medicinal Plant Science.

Shimadzu provides the cannabis and hemp sector with the instruments, equipment, and experience for potency, profiling, and contamination testing. Through their in-kind donation of instrumentation to the Medicinal Plant Sciences laboratory, worth well over $800,0000, NMU students will graduate with real-life experience to launch them into both academic and commercial cannabis laboratory work.

Cannabis science is continuously evolving, and the cannabis testing sector is no different. While mass spectrometry and chromatography remain the industry go-tos, they are not perfect technologies.

As the advancement of near-infrared spectroscopy testing suggests, there are equally as effective but more affordable ways to test for the same compounds as these traditional methods. As the cannabis testing subsector continues to eat up the lion’s share of the chemical testing industry, it will surely drive continued experimentation and tech advancement.