Patients are greeted like they are at a doctor’s office. They sign in, hand over their ID and medical marijuana card and lounge in a spacious waiting room until their budtender calls them back to pick out the medical marijuana products they need for the day.

The products are in a glass display case. Behind the case, budtenders explain each product to patients individually.

Great Lakes Holistics co-owner Tucker Kulish says he’s “trying to build Battle Creek back up to what it used to be” with the new dispensary at 1210 Columbia Ave. in Emmett Charter Township.

“I think [medical marijuana’s] very beneficial for the community,” he said. “I would like to see Battle Creek prosper. When you grow up here, a lot of people complain about the city but nobody wants to change the city. I believe the only way to do that is reinvest in it….you got to build things from the inside.”

A state government map shows these locations as the only state-approved centers in the area.

“Business has been great. It’s nice being new in town. Everyone was intrigued by who we were and wanting to get to know us,” Remedii Natural Health General Manager Briana Serrato said.

Marijuana back in Battle Creek 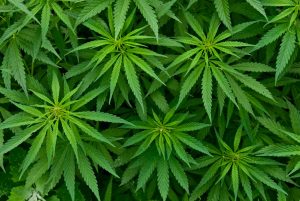 When the state closed the local marijuana shops, patients had to drive outside the area to buy.

“The great thing about something close by is you don’t have to stock up,” he said. “it’s convenient. It’s good for our community from an economic development standpoint.”

The owners of Great Lakes and Remedii say patients come from across the state and from other states now for their products.

“We have a lot of Lansing patients coming this way,” Serrato said. “We have quite a few Ohio patients and Indiana.”

After a patient’s medical marijuana card and ID are verified, budtenders help patients pick their products.

There are lots of options at both shops from: from flowers to edibles and concentrated products, including topical creams and marijuana oil.

“Flower is going to be your biggest market,” Serrato said.

As other operators progress through the licensing process, more shops will start opening up throughout the Greater Battle Creek area.

Remedii is backed by Pharmaco Inc., which has multiple locations throughout the the state.

“We are a couple of Battle Creek [owners] that actually made something happen here,” he said. “You’re going to have a lot of big companies…Detroit companies, coming in, Canada. All these companies are going to come in and want a slice of the pie, but who’s going to reinvest in the community?”

Great Lakes purchased the lot next to its facility with plans of building a pop-up shop marketplace similar to BC Cargo in downtown. Kulish wants to see it take shape this year.

“It would be a plateau for local business owners to get their business going,” Kulish said. “If you make something of yourself in this community, you should reach back and allow others to do the same thing.”

How CBD Products Work to Improve Your Health