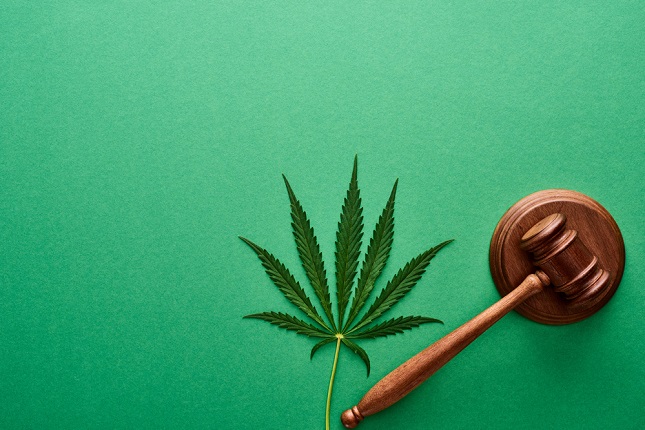 U.S, May 6, 2020 (GREENMARKETREPORT) New March 2020 point-of-sale data from BDS Analytics shows a divergence between states where cannabis sales are improving during the COVID-19 lockdown versus states whose business has declined. According to the data, California sales have experienced another month of double-digit growth, following a troublesome period of weakness. Nevada’s dependence on the tourist trade has hurt the states’ businesses in a big way.

California sales jumped 11% year over year in March and 12% sequentially over February. That’s the second month in a row that California’s had double-digit growth. The state already had an established home delivery business, so when the lockdown took hold, a delivery model was already in place. Curbside service was added and in some cases, drive-through windows were available.

The state had been hurting for sales during the vape crisis as this was a popular purchase. For instance, 25% of sales in the state come fro vapes, while other states it is closer to 17%.   Year-over-years vape sales were down 8%, while flower sales were up 33% over last year and now command 37% of the market. The data said that non-beverage edibles and pre-rolls gained share in March as well.

In addition to California, newcomer Illinois saw its March sales increase 11% over February. That state has continued to allow in-person sales and began to allow curbside service. It’s only the third month for adult-use cannabis sales. Flower sales accounted for 36% of the market and vape sales were 33% of the market. Sales in Maryland increased 22% in March over February and 83% over March 2019.

Colorado sales rose 18% in March versus February and 15% over March 2019. Colorado dispensaries remained open and the state began issuing home delivery licenses. Arizona continues to crush it with a year over year sales growth of 42% and a sequential increase of 21%. Home delivery had already been established in the state, so the lockdown was an easy accommodation. Oregon reported that sales increased 31% year over year and 22% sequentially in March. Oregon also kept the dispensaries open and had an established home delivery model.

Nevada seemed like a no-brainer place to locate a business prior to the pandemic. Hordes of tourists from illegal states happy to spend big bucks for marijuana. The loss of the tourists caused sales to decline 6% year over year and a 4% drop from February.

In Massachusetts, adult-use dispensaries were initially allowed to remain open, but then just as abruptly closed. This caused sales to fall by 3% in March versus February. There is no word on when they will be allowed to reopen.

Cannabis for health care. How it works?