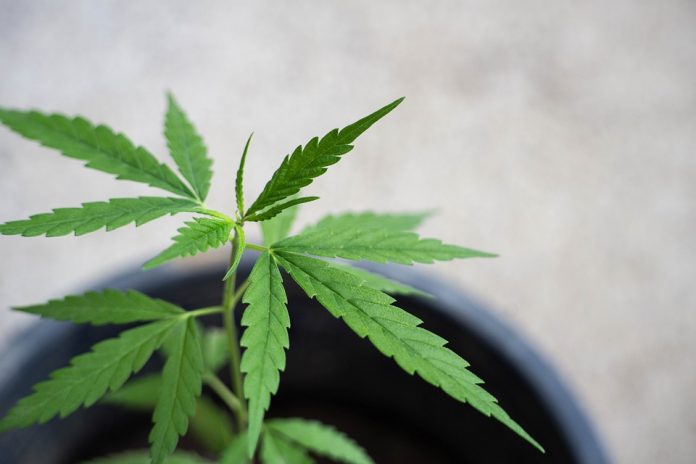 Cannabis has always had an issue with bioavailability. Whether smoked, eaten, or applied, each method of delivery loses a significant percentage of medicinal or experiential qualities in the process. The pursuit of better bioavailability has become a driving force of product development within all areas of the industry. The quest to get more out of the plant has led manufacturers into the world of nanoemulsion technology.

The current research on nanoemulsion has demonstrated significant improvements to the bioavailability of certain cannabinoids upon digestion. If manufacturers can squeeze more out of the original plant material, there are substantial benefits for both recreational and medical consumers.

Last year, the industry was awash with talk about nanotechnology, and many companies now specialize in nanoemulsion formulas. Especially within the CBD sector, most popular brands now tote the benefits of their liposomal product lineups. As this trend will likely continue over the foreseeable future, thanks to the booming cannabis beverage and plant-based therapeutics sectors, it’s worth a more in-depth look.

According to the definition detailed in a 3 Biotech publication, “Nanoemulsions are a colloidal particulate system in the submicron size range acting as carriers of drug molecules.” For the layperson, a nanoemulsion is a drug delivery system with biphasic compounds. Through ultrasonic technology, manufacturers disperse one compound within the other in microscopic droplets. This technology is also commonly referred to as nano-encapsulation technology or liposomal tech.

A nanoemulsion is typically translucent and stable. According to some reports, the cannabis-based drink industry is producing cannabis nano-encapsulations around 30-50 nanometers in size, although other preparations may see more substantial variation (between 20600 nanometers).

The benefit of nanotechnology, beyond better bioavailability, is its versatility. Nanoemulsions can improve many different cannabis products, from creams to liquids to sublingual-cannabis preparations. It makes the product more potent, delicious, and visually appealing.

Nanoencapsulation is an especially valuable manufacturing technology for edibles, primarily beverages, and the medical cannabis sector. Cannabis is naturally lipophilic (or fat-loving). Cannabinoids don’t naturally mix with water, which is why so much medicinal value is lost in translation. Nanotechnology transforms naturally hydrophobic compounds, like cannabinoids, to be water-compatible.

Both medicinal and recreational companies are leveraging nanotechnology to improve the efficiency and consistency of their products. For starters, the market has seen exponential growth in hemp-based health and wellness brands, launching complete product lineups based around nanotech formulas (often referred to as liposomal products).

Plus, pharmaceutical companies are experimenting with the better-absorption profiles of nanoemulsions, and the booming cannabis beverage industry is almost entirely based on this manufacturing technique.

As mentioned previously on Cannabistech, Industrial Sonomechanics is one of the new waves of nanotech companies now working with medical cannabis brands to research and develop nanoemulsions. Sonomechanics helps design and engineer the customized equipment required for such liposomal products. The company currently has three cannabis-specific nanotechnology models, ranging in size from the laboratory scale to the industrial scale.

Hielscher is another multi-industry-focused company now honing in on the booming cannabis market. Hielscher works with cannabis extractors to turn extractions into highly stable, bioavailable, and food-safe products. With their ultrasonic processors, producers can transform healthy and widely available carrier oils (like MCT and vegetable oils) into cannabinoid-liposomal droplets.

Producing small-batch to production-scale ultrasonic liquid processors, QSonica has been designing and manufacturing emulsification equipment for over 40 years. They have also begun moving into the cannabis space. All equipment, including several CBD-specific ultrasonic nanotechnology processors, are made in the USA in the production headquarters in Connecticut. QSonica has several other pieces of laboratory equipment, such as a series of specialized overhead stirrers, which are equally as valuable in cannabis for homogenizing, suspending, dissolving, and emulsifying formulations.

NANOTECHNOLOGY SET TO TAKE OFF WITH THE CANNABIS BEVERAGE BOOM

The injection of nanotechnology into the cannabis sector seems perfectly timed with the rising popularity of cannabis-infused beverages and a demand for more potent products. Big beverage companies, like international beer-maker Constellation Brands, are already heavily invested in the future of bud-based drinks. If forecasts are accurate, the cannabis beverage market will quickly become a billion-dollar sector.

With all areas of cannabis demanding more consistent, better-tasting, and more bioavailable products, it means the demand for ultrasonic processors and nanoemulsions is set to explode.

Are cannabis companies a good investment?

Over 800,000 Canadians are experimenting with recreational or illegal cannabis for their health