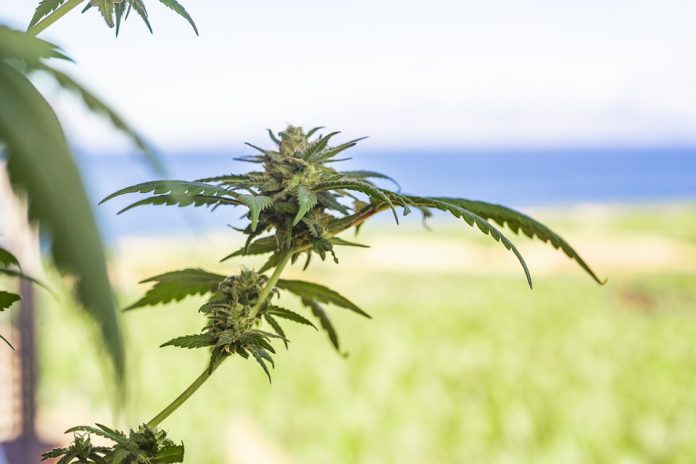 This is the second installment in an ongoing series offering tips and advice for hemp and marijuana extraction companies. The first installment is available here.

Cannabis extraction equipment represents one of the most innovative sectors in the industry, with new products and constantly evolving techniques for processing raw plant material.

Among other areas, marijuana and hemp companies are developing:

At Eden Labs, an extraction-equipment manufacturer based in Seattle, founder Fritz Chess is working on a machine that will combine the strengths of two common solvents – CO2 and hydrocarbon – for both marijuana and hemp companies.

The machines lessen the danger of the flammable propane by diluting it with CO2. Yet the technology also maintains hydrocarbon’s quicker throughput.

“It’s the best of both worlds,” Chess said.

It’s not quite as fast as using a simple butane or propane mix, but the process still creates an adequate terpene profile.

According to Chess, the market demand continues to grow for marijuana-derived terpenes in vape pens.

The natural terpenes can be used as a safe alternative to help “cut” the viscous extract rather than using a synthetic cutting agent such as propylene glycol.

Chess said more consumers are becoming aware of the importance of terpenes in vape products to create the entourage effect.

Eden Labs is also working on a smaller extraction machine that can process about 50 pounds of biomass a day that only costs around $50,000.

According to Chess, that’s the “Goldilocks” model because there aren’t a lot of machines in that price range with a similar throughput.

The extraction step of winterization – where a cold solvent is used to solidify unwanted plant waxes and causes them to crystalize and fall out of the solution – has long been performed with ethanol.

At Green Mill Supercritical, a cannabis extraction company based in Pittsburgh, founder and Chief Technology Officer Jeremy Diehl is working on a way to cut out the step that requires crude extraction material to be mixed with ethanol.

“Real-time winterization will be a game changer for a lot of producers,” Diehl said. “It eliminates alcohol from the process, which is a major benefit.”

According to Green Mill, using ethanol for winterization adds a regulatory burden and results in cannabinoid loss.

Jesse Turner, Green Mill’s director of research and development, said “by far the worst part of the process has always been alcohol-based winterization.”

He says he’s able to reduce the biomass-to-extract timeline from days to hours, saving time and money in lab build-out and operating costs. This could potentially also help businesses scale up and expand their overall operations.

Like Chess above, Green Mill is responding to consumer demand for more terpenes in extracted products.

The oil that’s extracted using this method will retain a terpene profile that resembles the strain of the original raw cannabis.

“Cannabis-derived terpenes are providing a superior experience for consumers,” Turner said, pointing out that marijuana-derived terpenes might help with the medicinal benefits of extracted cannabis products.

The method can also produce an organic extracted product if the biomass was grown organically, according to the company.

Diehl pointed to the specialized genetics that growers have developed over years of plant breeding. The technique his company is working on would preserve the essence of those genetics, he said.

As the cannabis sector evolves and professionalizes, it can look to Big Pharma for solutions.

The extraction tools that have been long-established in the pharmaceutical industry are well-suited for cannabis, said Mary Babitz, founder of Cascade Sciences, an extraction equipment manufacturer based in Hillsboro, Oregon.

For example, cannabis extractors traditionally have used something like a heated water bath to keep their extracts at a steady state temperature to maintain viscosity.

Babitz said that works, but there’s a better way.

“In the pharmaceutical world, they would never use a water bath,” she added. “There are too many germs, and the water evaporates.”

Instead, a better approach is a thermal bead bath that maintains the temperature and avoids evaporation.

As an aside, Babitz mentioned the pharmaceutical industry also has rigid maintenance schedules so equipment doesn’t fail. Those schedules are built in to process workflows.

For example, the companies conduct regular inspections of gaskets and seals to make sure they are holding up.

Babitz also pointed out that a lot of cannabis extracts go into food products, so the same standards used by the U.S. Food and Drug Administration or Health Canada should be followed by cannabis companies.

“There’s no doubt the industry is moving toward more regulations and adapting best practices used in pharma and food,” she said.

The Top 5 Discoveries in Cannabis Science of 2019

US Tax Court rules cannabis deductions are not allowed