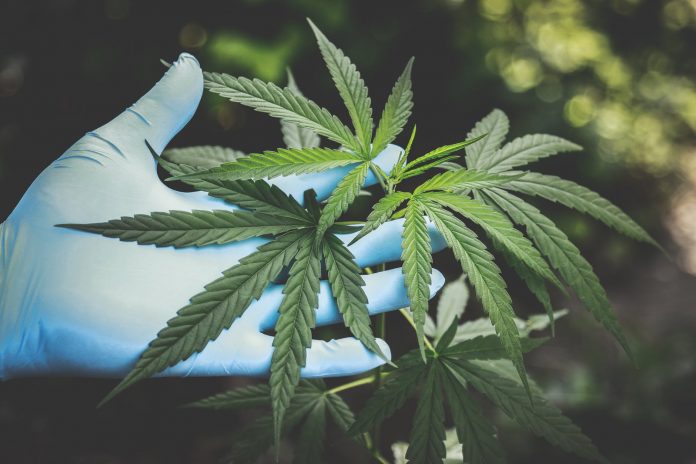 Only a handful of patients have been able to access the medication through the NHS so far, as most doctors are hesitant to prescribe a drug they feel they don’t fully understand. With other medical treatments having failed them, patients who find themselves unable to access medical cannabis on the NHS are forced to choose between paying for costly private prescriptions, or the risk of using the drug illegally.

Now, in a bid to create the largest body of evidence on medical cannabis in Europe, up to 20,000 patients in the UK will be enrolled in a two-year-long medical cannabis project termed Project Twenty21.

Project Twenty21 was officially launched on Thursday, November 7, at the Royal College of Psychiatrists in London. Created by the UK’s leading independent scientific body, Drug Science, the project has gathered support from the Royal College of Psychiatrists, the British Pain Society, and the United Patients Alliance, as well as patients, peers, and numerous medical cannabis campaigners.

Project Twenty21 aims to enroll 20,000 patients by the end of 2021 and will focus on those who have either chronic pain, epilepsy, multiple sclerosis, post-traumatic stress disorder, Tourette’s syndrome, anxiety disorder, or who are dealing with the harms of substance abuse disorders.

In order to collect a body of evidence for medical cannabis use, the project will collate real-world data that documents the efficacy, safety, and the patient reported outcomes in the health of those who are enrolled in the project. These data can then be used to support health authorities in the UK, say Drug Science.

The study will not be a randomized control trial in which some patients would be given placebo; all 20,000 enrolled patients will receive medical cannabis at an affordable cost, subsided by Drug Science and by partnering medical companies.

“Medical cannabis is still out of reach for far too many,” said Professor David Nutt, from Drug Science.

“Patients are left untreated, in significant debt from the cost of private prescriptions, or criminalized as they are forced to turn to the black market. They don’t deserve any of this, and the situation with prescribing desperately needs to change.”

Professor Wendy Burn, the president of the Royal College of Psychiatrists, said, “The RCP hopes this project will address the paucity of evidence for the use of cannabis-based medicinal products in all health settings, including mental health.”

“We hope that this project, along with other research such as more much-needed randomized control trials, will continue to build the evidence on cannabis-based medicinal products.”

A wider look at medical cannabis in the UK

Attitudes towards medical cannabis are slowly changing in the British medical community.

In early 2018, the Royal College of Physicians joined with the British Medical Journal, Faculty of Public Health, and the Royal Society for Public Health in calling for the UK to reform its drug laws – including endorsing an end to the criminalization of people who take drugs such as heroin, cocaine, and cannabis for non-medical reasons.

Additionally, soon after the government announced its intention to legalize medical cannabis, the Royal College of Psychiatrists began to review its long-standing anti-cannabis policy. Now, just one year later, the college is lending its support to this ambitious new medical cannabis project.

By gathering more data on medical cannabis, it’s hoped that the attitudes towards prescriptions will change within the NHS, which would help ease the difficulties that patients are currently experiencing in accessing the drug.

But will this new project support the use of medical cannabis at all? A new study recently published in the Lancet Psychiatry, which claimed to be the “most comprehensive review of the evidence to date,” found barely any evidence to suggest that cannabinoids can treat depression, anxiety, or other common mental health disorders.

“There is a notable absence of high-quality evidence to properly assess the effectiveness and safety of medicinal cannabinoids compared with placebo,” said Louisa Degenhardt, a professor at the University of New South Wales and lead author of the study, in a statement. “And until evidence from randomized controlled trials is available, clinical guidelines cannot be drawn up around their use in mental health disorders.”

“There might be all sorts of benefits from cannabis,” said Dr Amir Englund, a postdoctoral cannabis researcher at King’s College London. Englund, who was not part of the Lancet study, told Analytical Cannabis that “the problem we see in research is all the hype that’s being built around cannabis… with that comes a potential for a very strong placebo effect.”

“One thing that’s really key,” he continued, “is to better understand how much of the placebo effect explains what we see in patients who use cannabis medicinally.”

Despite the seemingly conclusive nature of the Lancet review, most of the 83 studies examined pharmaceutical grade THC (tetrahydrocannabinol) or CBD (cannabidiol), rather than medical cannabis material, or cannabis-based medicinal products.