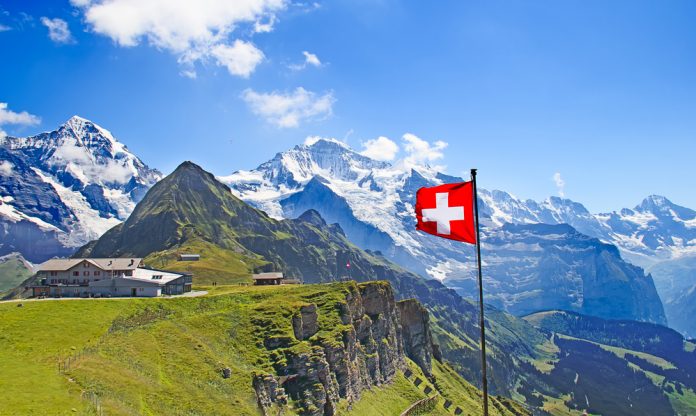 UNITED KINGDOM, August 30, 2019 (HEALTH EUROPA) – In June 2019, the Federal Council has submitted a proposal suggesting that medicinal cannabis in Switzerland should be made legal.

Over recent years, Switzerland has “been relatively progressive on cannabis, including the legalisation of cannabis with no more than 1% THC.” For example, this level of legal THC percentage, although it has to be less than 1%, this is still considerably in more than other countries – medicinal cannabis in Switzerland differs as in most other European countries legal THC limit is 0.2%.

However, despite this, it has been argued that “the Swiss medical program has been restrictive, forcing patients to get special authorisation from the Federal Office of Public Health. Even with that approval, patients could only get cannabis tinctures and oil, not flower, from a very limited number of dispensaries. Currently, only about 3,000 authorisations have been granted”.

The amendment proposes that medical cannabis should be made fully legal, “allowing patients to directly get approval from their doctor. The proposal would ‘lift the ban on the circulation of medical cannabis in the law on narcotics,’ making the ‘cultivation, processing and trade of medical cannabis’ possible within the framework of the control system provided by Swissmedic, the country’s drug regulatory agency.” The proposal also suggested that the government should “allow prescriptions for cannabis to treat people suffering from cancer or other serious conditions”.

If approved, the proposal would “replace the current system, in which those seeking medical cannabis must apply for an exception from the Federal Health Office to get what is otherwise an illegal drug. Marijuana is sometimes used to help cancer patients manage chronic pain, to help boost their appetites, and to reduce spasticity associated with multiple sclerosis.”

In accordance with this, Switzerland’s drug regulatory agency, Swissmedic, noted that the “growing and processing medical cannabis, as well as its sale, would then be possible under a system regulated.”

In Switzerland, since 2011, it has been “possible to prescribe medicinal cannabis, but there are high barriers to overcome. Patients have to apply for an exemption permit from the Federal Ministry of Health (BAG).

“In many cases the treatment is delayed, which is why the Federal Council wants to lift the ban on selling medicinal cannabis. In addition, the BAG wants to check whether, in future, the official health insurance funds might reimburse the costs of the treatment.”

However, it should be mentioned that the government has noted that the proposed changes do face challenges; “The biggest obstacle to automatic reimbursement is that the scientific evidence of efficacy is not yet sufficient, and the conclusions of existing studies are sometimes contradictory. […] The Federal Health Office will launch an evaluation project to help answer questions about whether the drug is an effective remedy and, if so, for what conditions.”

The only Swiss pharmacy that stocks medical cannabis

Currently, there is only one pharmacy in Switzerland which stocks medical cannabis which is in the small town ‘Langnau.’ According to the BBC: “Each patient prescribed it by a doctor must also get a special permit from the Swiss Federal Health Office, and pharmacist Daniela Eigenmann must have a permit for each prescription. Daniela points out that cannabis has been used for medicinal purposes for centuries. “In 2,700 BC, a Chinese emperor used it against malaria, and rheumatism,” she says.

‘”I think it should be available. It’s not a miracle cure, it won’t help everyone, but patients should have the opportunity to have it.” Cannabis to smoke is not prescribed in Switzerland, though some German doctors, unable to access the oils and tinctures, prescribe cannabis flowers which can be smoked.

“Most of Daniela’s patients take the cannabis oil or tincture for chronic pain. Some are para- or tetraplegic and suffer agonising spasms or have multiple sclerosis, others, like Bernadette Niklaus, have suffered a lifetime of pain [from sclerosis]. After spending years on various strong painkillers, Bernadette’s doctor suggested she try a cannabis tincture.

“Bernadette takes five drops of the medicine, three times a day. She needs two small bottles a month and has had to argue for support from her health insurance company: each bottle costs around $500 (~€437), and some companies refuse to cover the cost. She fears that if the law is not both relaxed and clarified, she and patients like her could lose access to medicinal cannabis and might even be forced to get it illegally.”

Furthermore, “Although health insurance does not assist in the purchase of these products, patients have access to CBD, which can treat many debilitating conditions. They have also approved the prescription of Sativex and dronabinol, two cannabis-based medications.”

Big data and the Cannabis industry